CRG, Barcelona, Spanish/Catalan science: yet another way to carry out research activity (and lies even to the Court)

Here are the threats of legal persecution I've got from CRG, Barcelona, signed by Managing Director Bruna Vives on behalf of the Centre and Luis Serrano, CRG Director. Look at the Centre for Genomic Regulation at their finest in intimidating and disrespect.
My notes are below the copies (clickable to enlarge). 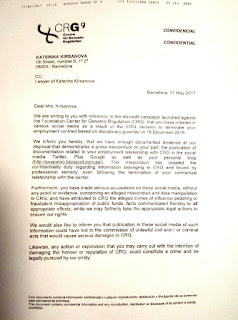 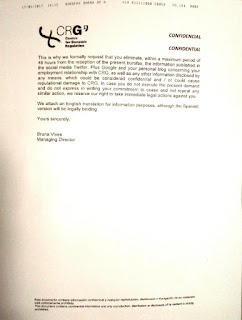 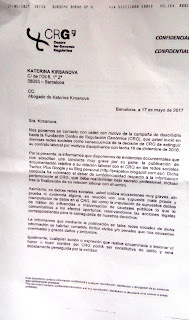 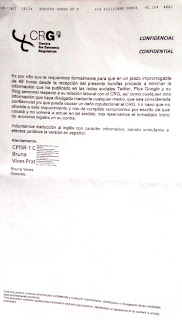 All the corresponding docs on CRG/Barcelona's research misconduct, mobbing and lies are on GitHub or DropBox.
Given the whole story I reckon that the above text is not too harsh and I apologize if someone's sensitive feelings are touched, —
Katerina aka Catherine