Here is how Luis Serrano, CRG Director , did his best to protect reputation of his research institute by having serially lied about the reas...

Corruption prospects this way: Conflict Resolution Committee turned out to be a farce...

performed for Maria Lluch-Senar & Luis Serrano at CRG.
See here who has actually called for the Committee. This yet another example of how academia is corrupt and CRG (Center for Gemonic Regulation) in Barcelona is corrupt in particular.
Then see how they put it in their dismissal notice below, even how they put it in the second edition of the same document. So mean. And such a shame for the prominent lecturer on ethic subjects in science.

First his «co-leader» of the project excludes you from any work collaboration, then slanders that you «can work with no one» and then he completely supports that slander — so nice, isn't it? ﻿ 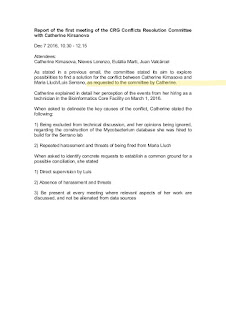 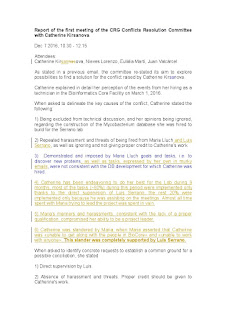 But indeed it was just a part of their freak show:
«A non-negotiable requirement from Luis, i.e. that Catherine must recognize the scientific authority of Maria as co-leader of the project and work under her direct supervision, remains unacceptable for Catherine. Therefore the Conflict Resolution Committee has been unable to find a common ground for understanding between the parts on this key issue and regretfully concludes that a conciliation process is not possible under the current conditions»
(email from the Committee of 13/12/16 10:40, see it in DropBox)
At no point this coercion was really necessary for their MycoSynVac project. Quite on the contrary, looking at its history: it was harmful for it. Indeed it was just a real plot for research misconduct.
And of course this, along with the fact who actually called for the Committee was not quoted in their dismissal notice.
They dishonourably used this Committee just to make it part of the concocted evidence of insubordination.
Ignored email: really, it was just hopeless

Dear all,
Please discuss the format in open and constructive manner.
As there is a strict standardization and DB processing rule «Excel is forbidden» (see: here was a pic forwarded later, see below)
the format should be a reasonable amounts of tab-separated text files uploaded one-by-one.
Each of this text files should not exceed 10Mb to be uploaded and processed in a reasonable time.
Each column of each file should be described in detail.
File names should have meaning and described in details otherwise text field in the upload interface should be filled in.
Current processing and analysis is done for 2-spreadsheet Excel files (no more than 10Mb of size) as a trade-off for accurate format description (done by Luis) of a standard files of results coming from a proteomics experiment and my good will to make all my best for the lab.
Processing of Excel files into the DB with analysis on the fly is not a common practice and generally is not accepted due to obstruct capacity to support the standards and analysis as consistent and reasonable prompt.
So CSV only (XML/JSON for those biologists who want die hard is an option too).
However, once the standard is created and described the way it was done by Luis and with the participation/by a professional IT specialist it is still possible to make sure that service is scalable and reliable.
Thanks, —
Catherine 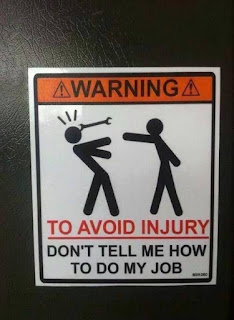 — this is the referenced pic of the outstanding cruelty (actually called the extreme despair), and K. was summoned to the Administrative Director office then, and then of course K. apologized to the only one affected poor kid…
Mean-spirited souls know no humour. They are capable only in mobbing and concocting.

A year later Luis Serrano, CRG director lied even to the Court about who has called for the Conflict Resolution Committee and what for.